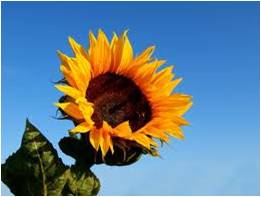 The field of positive psychology has a lot to offer change leaders.   It's often described as the science of excellence, flourishing and happiness, or the science of what makes life worth living.... in essence its summed up as;

" what we focus on becomes our reality"

.....just as plants tend to turn towards the sun as they grow - so too human experience tends to gravitate around what occupies our thinking... This is not just wishful positive thinking – but an intentional focus on what gives life and most importantly, it mobilises strengths...

So what do we tend to focus on?  Often its the problems and drama, fixing what's broken instead of exploring what is working.....  Perhaps this is partially personality but I think its more the paradigm that we live in and are educated in...."find the problem and fix it".

Those of you in leadership positions in busy organisations would perhaps agree with my experience of how incredibly hard it is on a day to day basis to spend time thinking on a strategic level, instead of just responding and reacting to the overwhelming operational details that arise....

Here's a fascinating video called "validation" which, although its a bit over the top - is a great example of this positive focus.

Appreciative Inquiry is a process that implements positive psychology ideas.   It was first developed by David Cooperider - who first applied it to conflict resolution.  Appreciative Inquiry has now been applied in numerous settings including organisational change, community development and building leadership capacity.

It tends to be written up as a series of steps - the 4 I's or the 4D's as in the image below.  These can be applied such as; 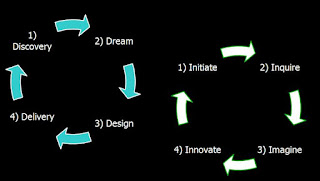 The following image gives an outline of the leadership learning process that was developed in collaboration with these leaders over 12 months. 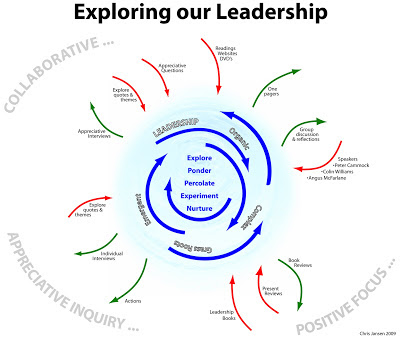 The design principles of Appreciative Inquiry were a crucial guide to this process where not only did the senior leaders engage fully with the process, but they insisted on continuing on as their own professional network once the formal process was completed.   The following quote sums it up the ownership that the group participants experienced;

"The wonderful thing about our group is that we created it and we own it, it hasn’t been set up by someone else on our behalf which is normally what we experience in this sector" (NGO Manager).
Labels: appreciative inquiry leading change organisational development organisations that learn positive focus 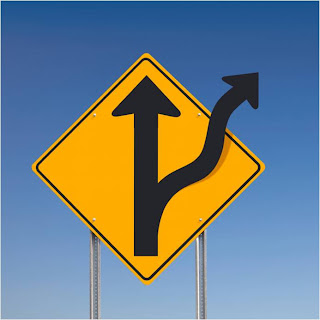